Skip to content
Early in 2007 I published a book entitled Breast Cancer “Cause – Prevention – Cure”...

Early in 2007 I published a book entitled Breast Cancer “Cause – Prevention – Cure” (ISBN-10: 0955422108)and in it I described an amazing discovery of a Cure for Cancer that now exists. However, for reasons outlined in the book news of the cure has been hushed up, until a synthetic version of the drug based on a natural herb called artemsinin grown in China and Vietnam has been developed. The reason for waiting for this synthetic version to materialise is because a natural herb cannot be patented, and consequently, the big drug companies cannot make any money out of it.

One of the leading researchers involved in developing the drug is Henry Lai, Research Professor at the

Department of Bioengineering, at the University of Washington. As he says himself in his profile, “A new area of research is to investigate the use of the compound artemisinin and its analogs for cancer treatment and prevention. New relating synthetic compounds have been synthesized and are being tested in our laboratory. These compounds have very high potency and selectivity in killing cancer cells.”

It appears that the drug that I have mentioned in my book has now been synthesized, and when I wrote an email to Dr Lai on the 24th July 2007 for an update on his researches. He kindly replied and said, “”We are developing several more potent compounds of artemisinin. A version is described in the attached paper. We have more potent compounds that we have not yet published.” He sent me a copy of the attached paper that he referred to, which can be downloaded from my website listed below, where you can also read the latest news and view a 40 minute video lecture made by Dr Lai at the university in 2005.

Patents have now been applied for in the USA and Canada

METHODS OF USING ARTEMISININ-LIKE COMPOUNDS TO PREVENT OR DELAY THE APPEARANCE OF CANCER – “The invention provides methods for preventing or delaying the development of cancer by administering free radical-generating agents to a subject. BACKGROUND OF THE INVENTION Artemisinin is a sesquiterpene lactone isolated from the plant Artemisia annua L, extracts of which has been used to treat malaria for at least 1600 years. The artemisinin molecule contains an endoperoxide bridge that reacts with an iron atom to form free radicals. The anti-malarial action of artemisinin is due to its reaction with intra-parasitic heme to generate free radicals, causing cell death. Cancer cells have a significantly higher influx of iron than normal cells. Accordingly, it has been shown that artemisinin and artemisinin analogs are cytotoxic against established tumors and tumor cell lines (see, e. g., Woerdenbag et al. (1993) J Nat. Prod. 56 (6): 849-56; Lai & Singh (1995) Cancer Lett. 91: 41-6; Efferth et al. (2001) Int. J: Oncol. 18: 767-73; Li et al. (2001) Bioorg. Med.”

In my book, I claimed that within the next five years news of this cancer treatment will be be a hot topic world wide, but you should know that the drug is available now in its natural form. I have added the full chapter from my book on my website so you can read the incredible story yourself – and it is an incredible story. YOU MUST READ IT IF NOTHING ELSE. I believe that the Holy Grail that doctors have been searching for, namely “A REAL CURE FOR CANCER” has been found. I invite you to read details in the chapter from my book that I have uploaded to my website below and you can decide for yourself what I say is true or not. If you have cancer then this story may be instrumental in saving your life, and I offer this knowledge to you free. Below is an abstract from the chapter, which centres on one factor that is known – cancer needs more iron than normal cells to grow and the new drug uses this relationship to destroy cancer cells…..

The Relationship between Cancer and Iron

cancer cells require a great deal more iron to replicate itself than normal cells. Cancer cells divide at a very high rate. So, in order to divide at this high rate, cancer cells have to accumulate high concentrations of iron. In fact, the surface of cancer cells have many more iron attracting receptors than on the surface of a normal, healthy cell. Hence, if you were able to restrict the amount of iron to a cancer cell, it actually slows down cancer growth, and of course the reverse is true. “The combination of high iron stores in the body and a high iron intake from food could raise a person’s risk of cancer, a new study suggests”, says the Annals of Family Medicine as reported by Reuters Health. [20]

Likewise, a New U.S. research also suggests that eating a lot of iron-rich foods may increase the risk of

cancer. Researchers at the Medical University of South Carolina analysed population-based data from the US National Health and Nutrition Examination Surveys and found that people with elevated levels of serum

transferrin saturation – an indicator of iron overload – who consume high levels of dietary iron had an increased risk of cancer and cancer mortality. Now you know why? However, one cannot restrict iron because it plays such an essential role in the health of a person.

Iron is bound and transported in the body via transferrin and stored in ferritin molecules. 75% of absorbed iron is bound to proteins such as blood hemoglobin that are involved in oxygen transport. Once iron is absorbed, there is no physiologic mechanism for excretion of excess iron from the body other than blood loss i.e., pregnancy, menstruation or other bleeding.

Restricting iron makes a person anemic and unhealthy, while too much causes cancer to spread more

rapidly, so the body needs to retain a balance in between. So we have a lifestyle issue here. Tumour cells and bacteria need iron to grow, and our bodies try to starve them of iron by diverting the iron from the blood to storage sites deep within the tissues. It is well known, biochemically, that if you add iron to tumour cells in cultures, they grow at a much faster rate and that breast cancer cells thrive on iron.

In 1988, many studies began to surface showing that iron was indeed a risk in common cancers such as

lung, colon, bladder, oesophagus, and at levels that were shockingly less than doctors had previously considered dangerous. A study in the New England Journal of Medicine (Oct. 1988) by Dr. Richard Stevens showed that as iron saturation levels increase, cancer rates go up. Until that time a 65% saturation level was considered to be safe, but this study showed that at a 37% saturation level, the cancer rate started to skyrocket, and doctors began to question the levels they had previously considered safe. In January 1994, in the International Journal of Cancer, Dr. Stevens reported that cancer rates were increasing at levels of only 31%.

It is now clear that cancer cells grow less or more rapidly depending upon how much iron has been absorbed by the body and transported to the sites of the cells. The transport medium is by transferrin. This is a plasma protein that transports iron through the blood to various parts of the body. Iron-hungry cancer cells typically have significantly more transferrin receptors on their surface than normal cells, which allows them to take in more of the iron-carrying protein into their structure. When a transferrin protein loaded with iron encounters a transferrin receptor on the surface of a cell, it binds to it and is consequently transported into the cell in a vesicle, a kind of sac. The cell will acidify the vesicle, causing transferrin to release its iron ions. The receptor is then transported through the endocytic cycle back to the cell surface, ready for another round of iron uptake.

Although it is now known that iron plays a key role in cancer development, and scientists have for a number of years been trying to find ways of using this information to target cancer cells and destroying them through utilising this mechanism. nonetheless it has been a hit and miss affair. Some progress have been made, some treatments have been tried but these have been very difficult to implement and costly to produce. It has been like that for fifty years or more.

The cancer industry has searched for the elusive cure for cancer for a long time, so we have been told, and have spent billions of dollars in research and development of treatments that have had limited success. They and those whom they support, the chemical, pharmaceutical, cosmetic and food industries have become rich from not being able to find a cure – making millions on dubious treatments. Imagine the shock, the horror to find that the Holy Grail of cancer treatments suddenly appearing like magic out of the blue and to learn that it is a drug that is derived from a Chinese herb, of all things. It is almost unthinkable if it wasn’t for the fact that it is true… 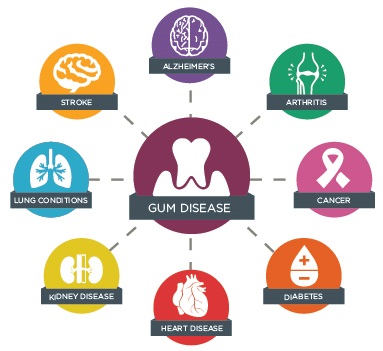