Eating is one of those activities that perfectly combine wants and desires. It is a necessity for us to survive, and yet at the same time, it is arguably one of the most enjoyable activities one might participate in. Because of this, there is room for overindulgences and neglecting some guidelines for healthy consumption. Research and statistics have shown that unhealthy dietary habits contribute to about 678,000 deaths in the United States every year. It can be a sneaky thing that suddenly creeps up on you when you’re already feeling bad, and the next thing you know, you’re due for an emergency check-up with a reputable gastroenterologist.

Here are some eating habits that you may think are perfectly fine, but you should actually watch out for.

Even as adults, many don’t consume as much fruit and vegetables as our body requires. Statistics from the Center for Disease Control and Prevention note that less than one in ten adults and adolescents eat enough of these in their regular diets. This is a major contributor to the increasing number of citizens who are poorly nourished. Aside from those who are obviously over or underweight, a significant portion of people lacks the proper nutrition to more effectively combat chronic diseases and conditions.

Upsize culture is still very much alive. It’s one of the most dangerous eating habits that goes barely unnoticed since it has become so ingrained in restaurants and any commercial food consumption. Whenever you want to get a drink (that more often than not doesn’t have the healthiest ingredients), you get offered the option to get it larger for just a few bucks more. It’s so accessible and has been perfectly marketed over the years that it seems like an easy “yes” because of the alleged better value for money. But just like that, you end up getting portions that are way more than necessary. This adds unnecessary sugars and calories that you don’t notice immediately because it’s liquid and doesn’t fill you up quite as obviously as your meal.

Eating too many sugary treats is already known to be bad; hence its variations always ending up in those “guilty pleasures” lists. The dangers of too much sugar are innumerable, from the increased risk of developing diabetes, the faster weight gain, and higher blood pressure to the development of heart disease and fatty liver. It’s easier to think we have to avoid blatant desserts and we’re good to go, but there are many food items you may not realize are high in sugar. Think cereal, rice, sauces like ketchup and barbecue, energy drinks, and even certain salad dressings, among other things.

So much of the food regularly consumed by people is processed, and this is highly unhealthy. Though there are healthier alternatives, processed food is much more convenient, storable, and affordable. It’s understandable if your grocery list has many of these since much of the products in a regular grocery store are processed. However, it’s the amount that one needs to be mindful about. Some of the most common processed foods include bread, canned food, milk, microwavable meals, junk food, and even meats like bacon and sausages.

Though not all processed foods are a big no-no, a lot of them have huge amounts of sodium, empty calories, and bad fats, plus unnatural additives that aren’t necessarily good for you.

Not only do these habits put you at risk of developing several health problems, but a lot of them can cause some abdominal discomfort and even lead to chronic tummy troubles. The best thing to do is to avoid them and try to keep a healthy balance, so your check-ups will be for good measure. 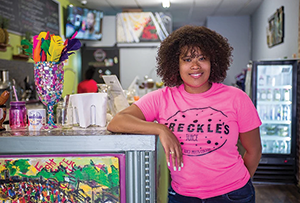